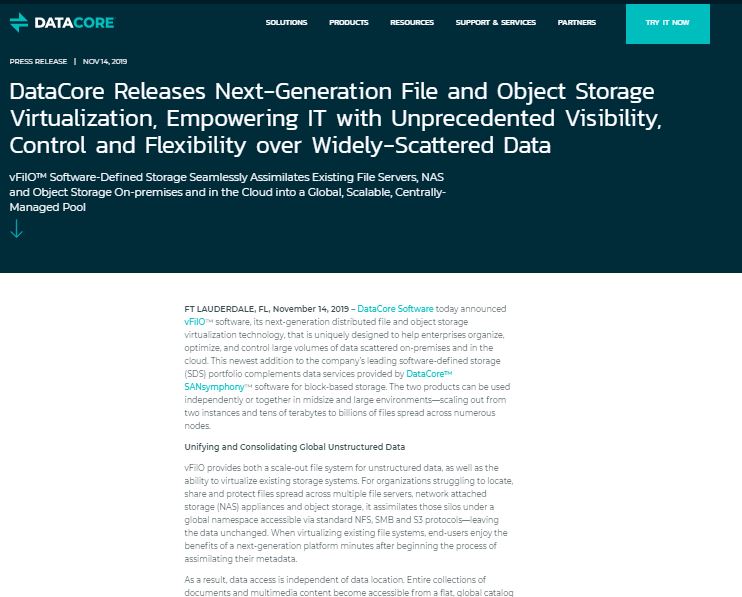 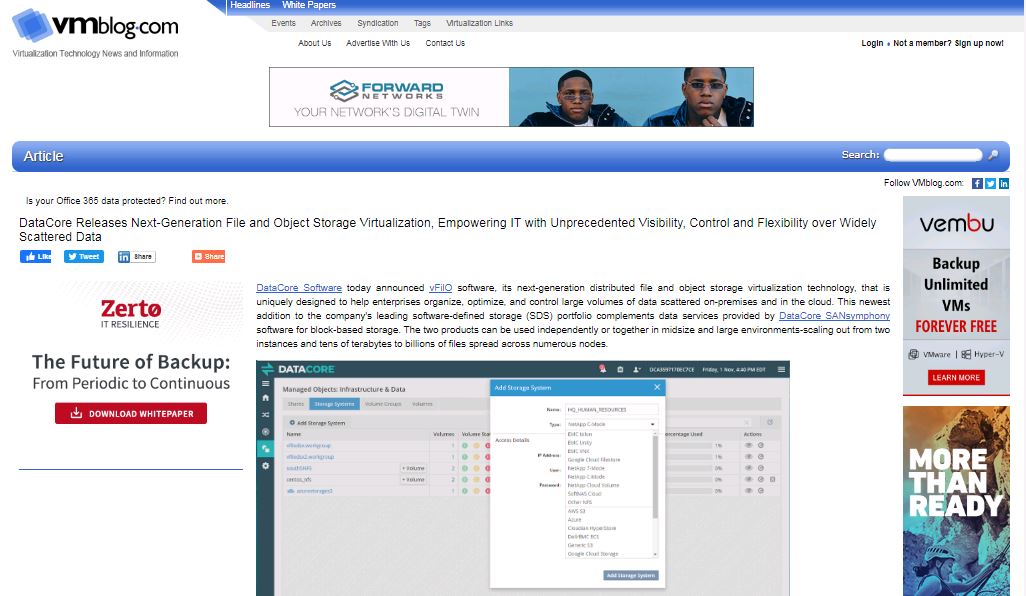 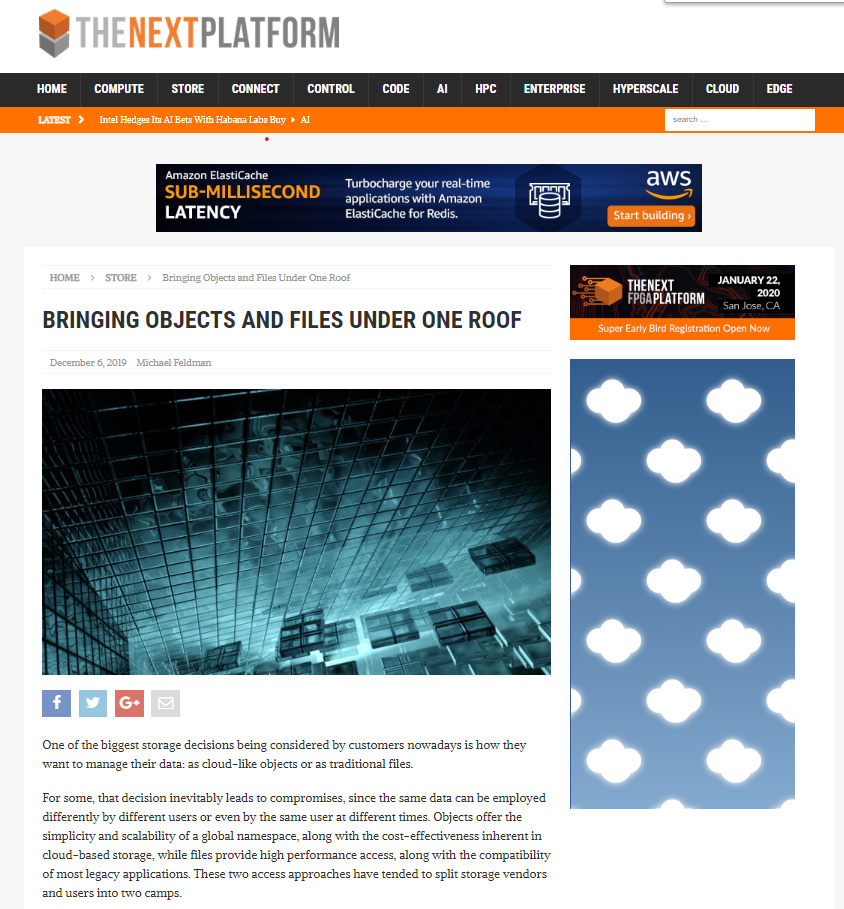 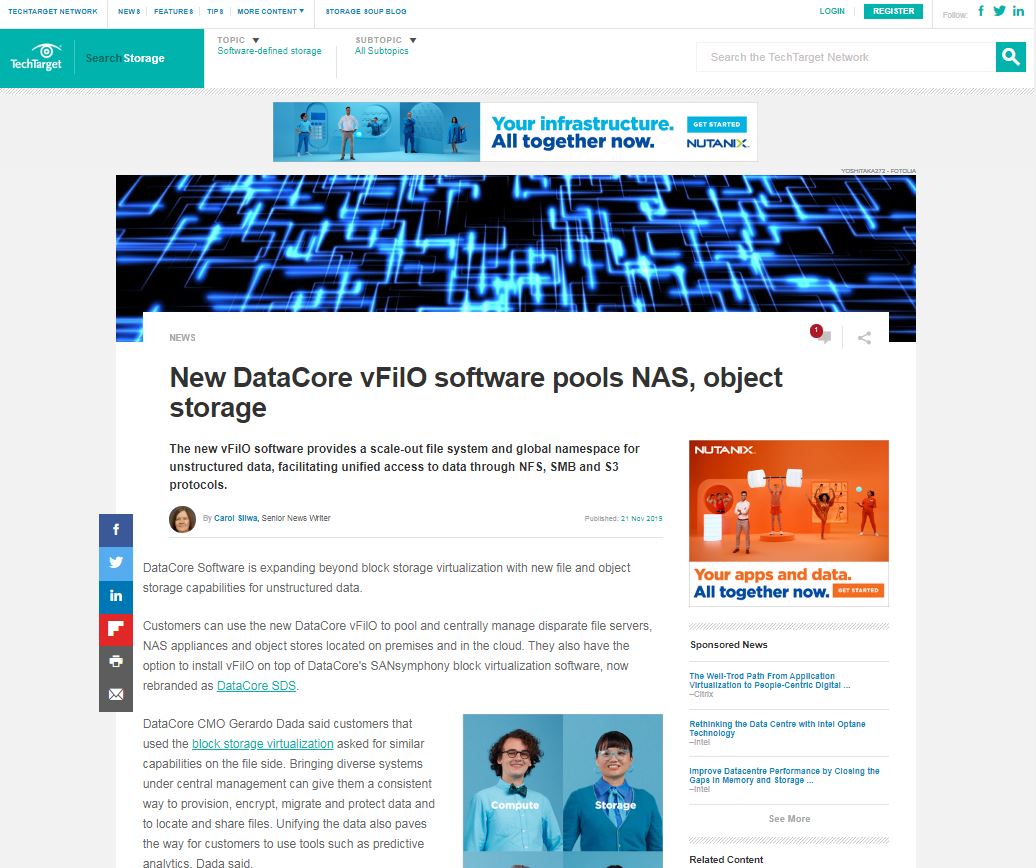 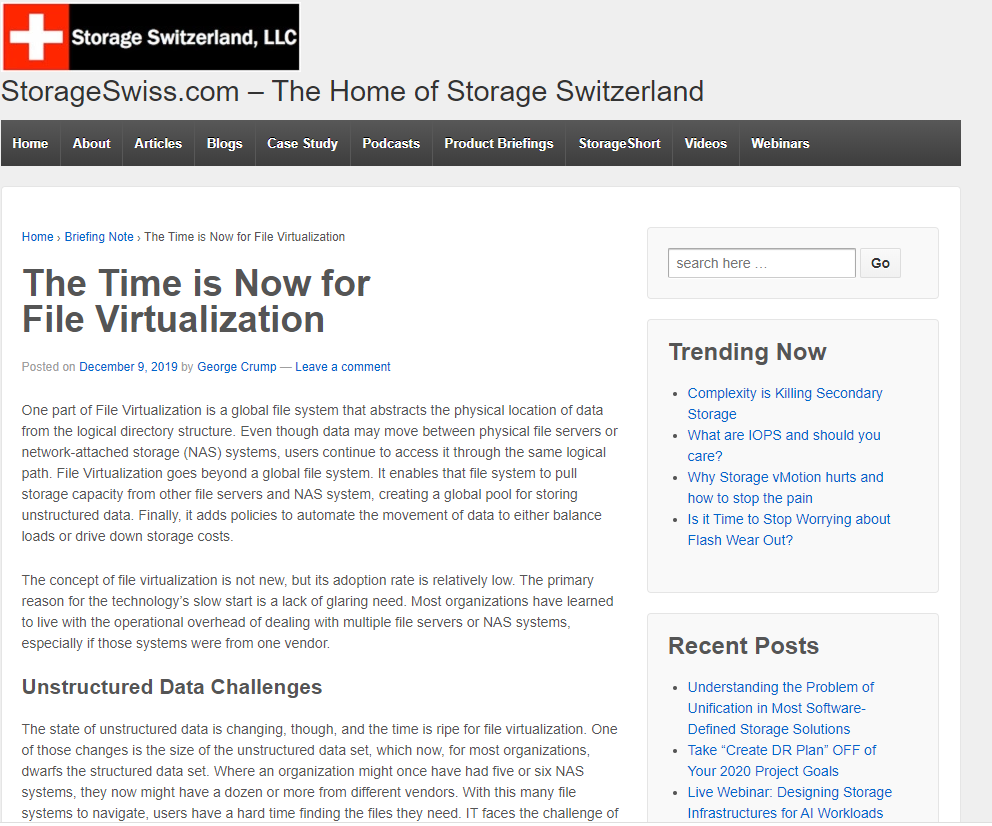 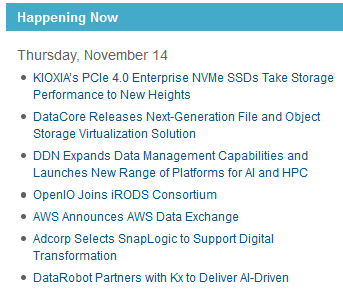 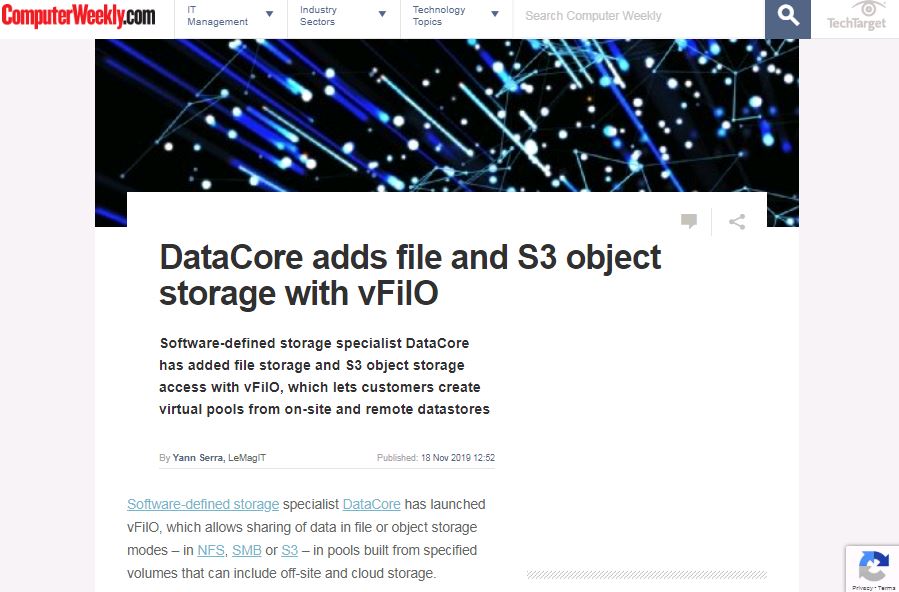 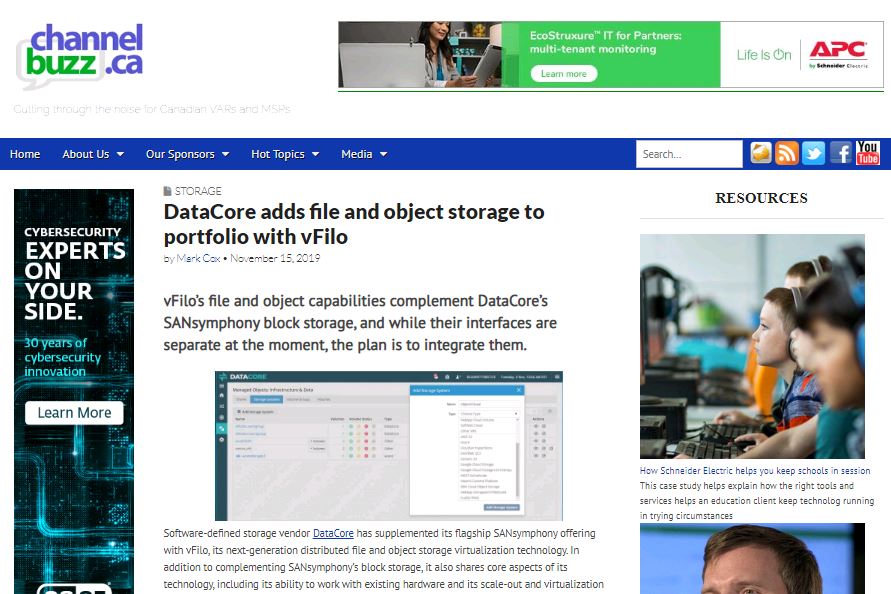 SVM executed DataCore Software’s announcement of vFilO, its next-gen distributed file and object storage virtualization technology. In support of this major company product launch, SVM worked with the DataCore team to write a press release, which SVM then added to their website, distributed to targeted industry press and analysts and shared via social media. The SVM team coordinated many media/analyst briefings before and after the official launch, and secured coverage in several of the industry’s top trade publications (which SVM also promoted on Twitter, LinkedIn and Facebook).